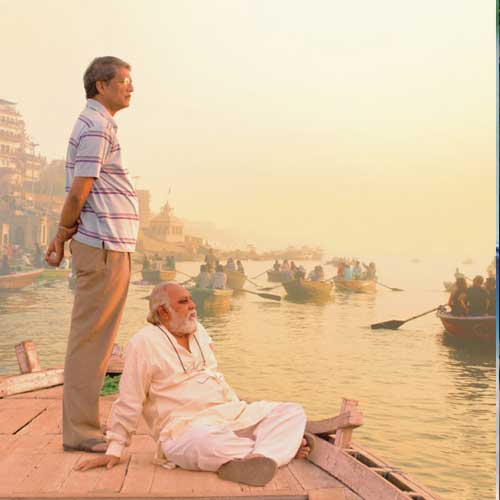 The elderly Daya wakes up from a nightmare believing that he must get to Varanasi immediately in hope of dying there to attain salvation. His dutiful son, Rajiv, is left with no choice but to embark on the journey with his stubborn father, leaving behind his wife and daughter. 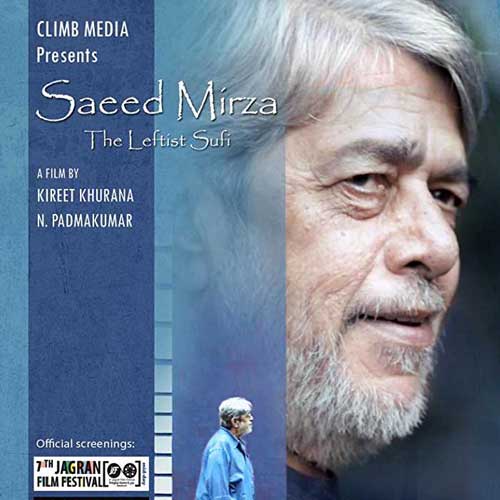 A lyrical documentary on India's most celebrated auteur of the 70s through the mid 90s. Saeed Mirza is the creator of cult films that delve into the socio-economic realities of Mumbai and the angst of the marginalized and disenfranchised. 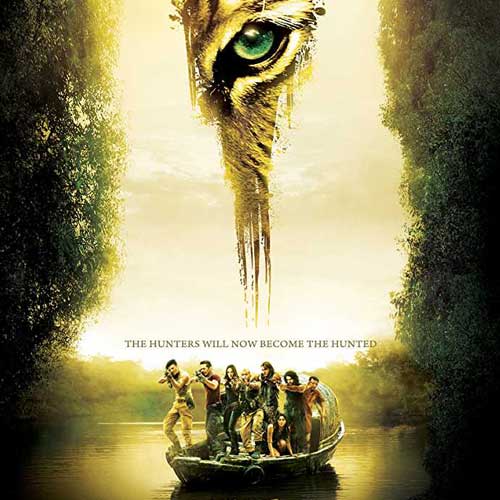 After his photojournalist brother gets killed by a white tigress in the jungles of the Sundarbans, Pandit and his team of commandos enter the prohibited core area of the forest to avenge his death. 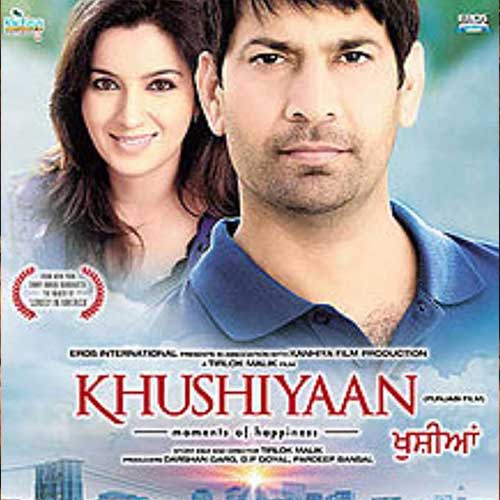 Raj, a successful architect in New York, lives with his wife and child. Raj has done everything to achieve success in his career, but somewhere inside him he feels that he must visit his father in Punjab and make peace with him. 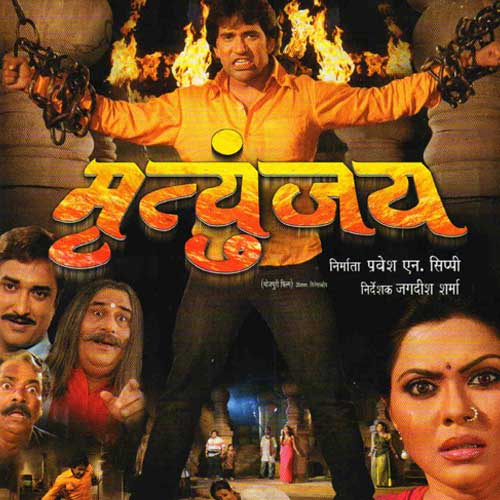 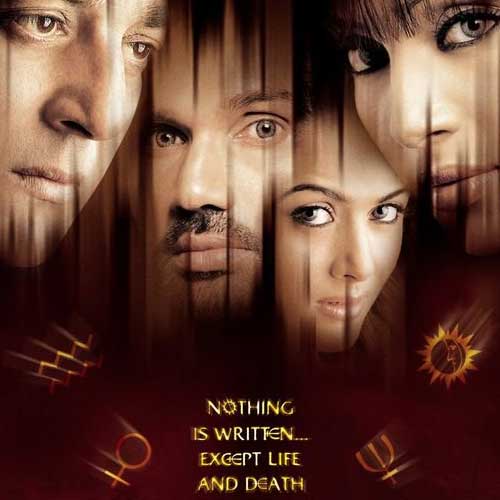 When the mayor's daughter goes missing, Dhristi, a psychic, has a vision of her corpse and a lake. The lake is dragged at the mayor's insistence and the dead body recovered. The primary suspect is arrested and given a life sentence, but Dhristi knows the real killer is still free. 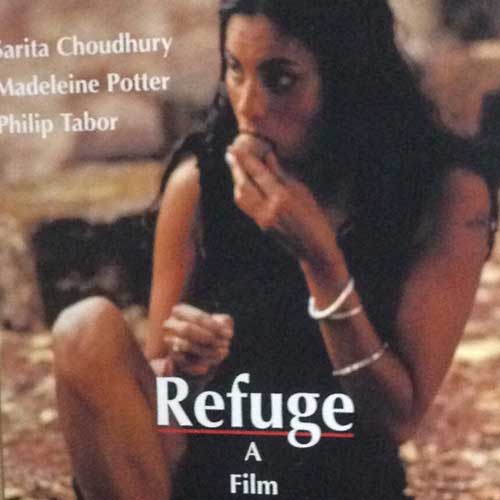 An American couple returns to Goa, the place they first met, hoping that it will lift them out of the emotional and sexual despondency their relationship has lapsed into. However, they remain trapped in an entropic pattern of social routine until an encounter with a local girl instigates a confrontation between husband and wife. 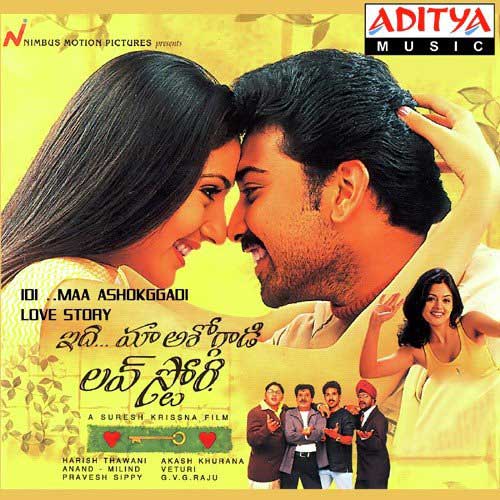 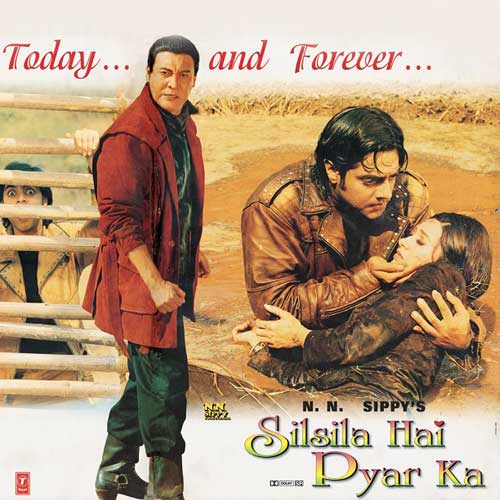 Vanshika is a middle class girl and gets hired by successful businessman Mr. Sinha to take care of his spoiled son Abhay and be his assistant.Abhay meets Vanshika at the office, leading to a clash between Vanshika's idealistic value system and Abhay's non-existent morals. 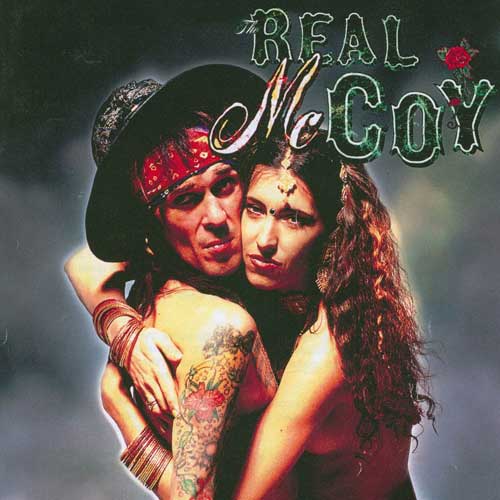 A partly fictional biopic about Finnish gypsy rock 'n' roll legend Andy McCoy. the founder and lead guitarist of Finnish cult punk band Hanoi Rock and ex-guitarist for Iggy Pop. The film explores his patchwork life of success, disaster, triumph and failure in a trip through his memory and imagination. 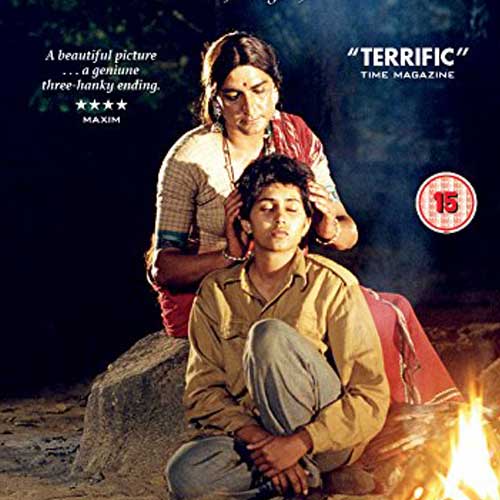 An abducted girl suffers terrible violence at the hands of a group of men. Escaping them, she finds refuge with a man trained to play female roles in traditional folk theatre and disguises herself as a man in order to survive. Orignally titled Daarya, this film is the first ever humane portrayal of a transvestite rarely seen in the crude caricatures usually depicted in Indian cinema.

On a train headed toward Bombay, a young woman is mysteriously killed. The prime suspects are two men who fought for her affection, Pankaj and Vijay, but the police soon realise that neither were capable of killing the woman, and the search continues. 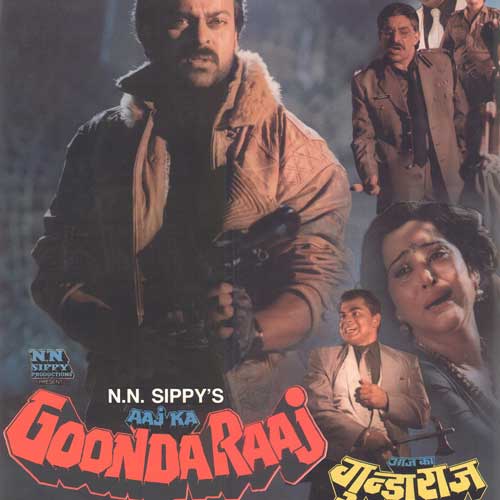 Ravi, despite his dysfunctional family background, is offered the prestigious position of collector and he moves house with his family and new wife Ritu. Raja, Ravi's outcast of a brother, finds out that their late brother had been murdered and takes the law into his own hands. 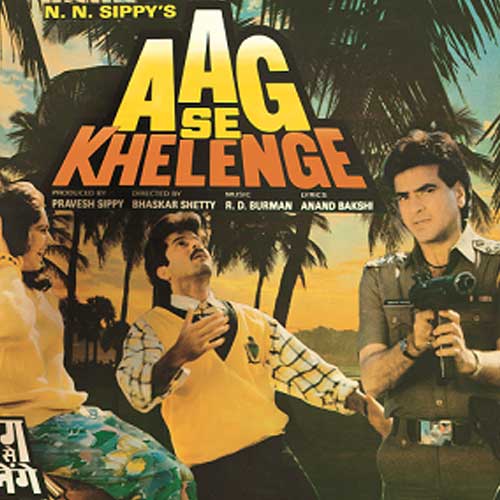 Pinky Saxena is institutionalised at a very young age after witnessing the brutal murder of both her parents. Raja Saxena, her only living relative, changes his name and swears revenge on the killers. 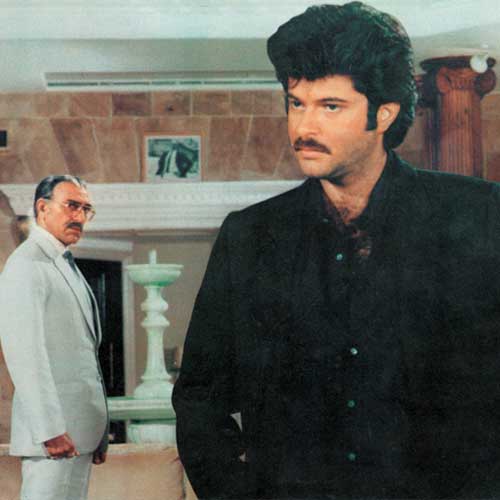 Deepak Verma is prosecuted by Thakral, an ambitious lawyer. Deepak's wife Aarti and children Arun and Komal are helpless as their innocent father is executed. In spite of his bitter struggles, Arun becomes a lawyer in the same court as Thakral. The two lawyers go head to head when Thakral's son gets implicated in a murder case. 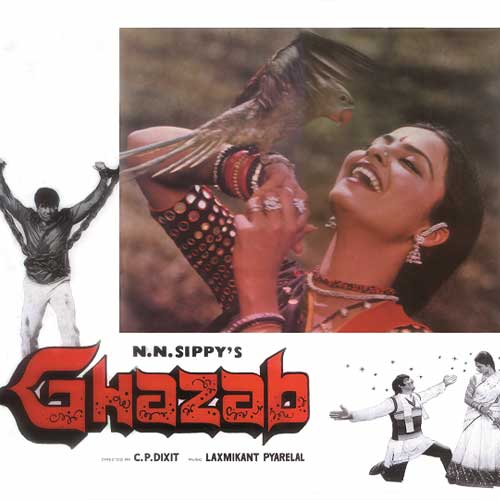 Ajay is a naïve man who lives on his wealthy family estate. He is tricked by his employees who introduce him to impersonators playing his estranged mother and brother, Vijay. When he ends up being killed his ghost pays a visit to his brother to encourage him to enact revenge for him. 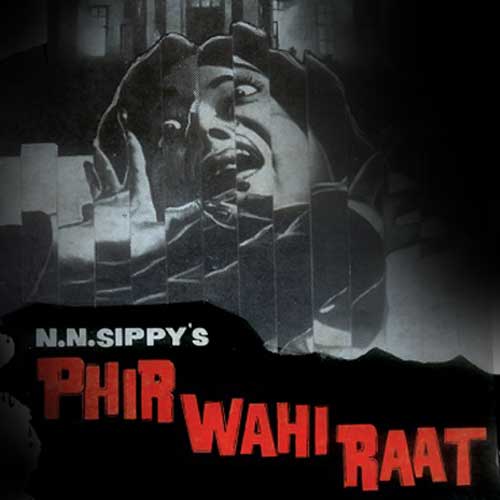 Dr. Vijay, a psychiatrist, helps his lover Asha gain control over her hallucinations. However, while on a holiday, she comes face-to-face with a woman who tries to kill her, just like in her dreams. 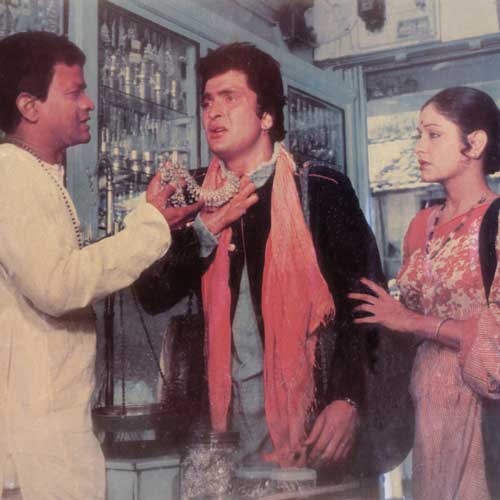 Born mute, Hema lives with her invalid father, stepmother and stepsister. She is abused by her stepmother, unable to say a word. When the stepmother attempts to sell her in the guise of getting her married to a much older man, Hema runs away, seeking help from a musician to achieve her goal of becoming a dancer. 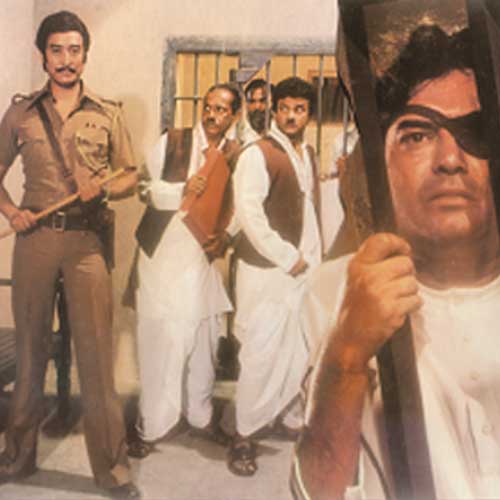 Tony marries his childhood sweetheart, but loses her in childbirth. He showers all his love and devotion on his daughter Mary. When he is framed for murder, arrested and sentenced to life in prison, Tony flees from custody. Years later, he returns disguised as Tarun Kumar Gupta to reconnect with his daughter. 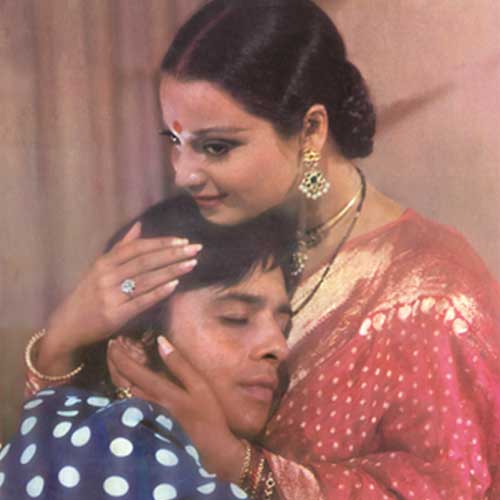 Vikas defies his father and marries his sweetheart Aarti. They enjoy the bliss of marriage, breaking away from the custom of staying with his widower father. Returning home from a date, they are heinously assaulted. This heavily publicised incident leaves Vikas and Aarti traumatised and in a loveless relationship. 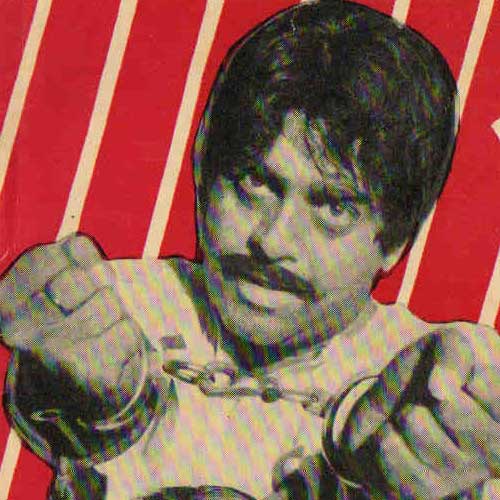 A police officer goes undercover to catch a wealthy and reputable person who is involved in criminal activities. After making substantial raids, he discovers the identity of the terrorist LION and is killed. Before dying, he leaves a cryptic clue for the police but nobody is able to understand what it means. 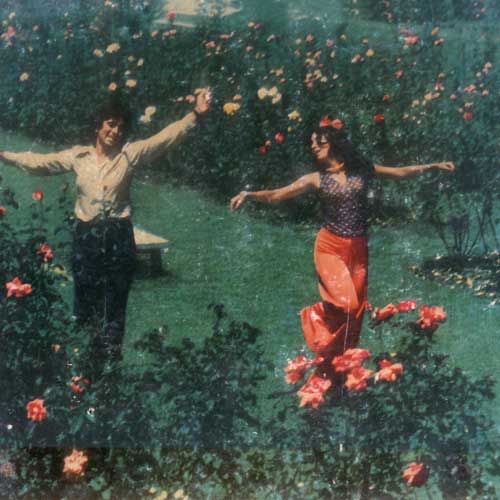 In order to help the poor and needy; Vijay alias Fakira robs a gang leader, Chimanlal. Chimanlal hires a man name Toofan to either capture Fakira dead or alive. Thirsty for each other's blood, both Fakira and Toofan are unaware that they are brothers separated at a young age. 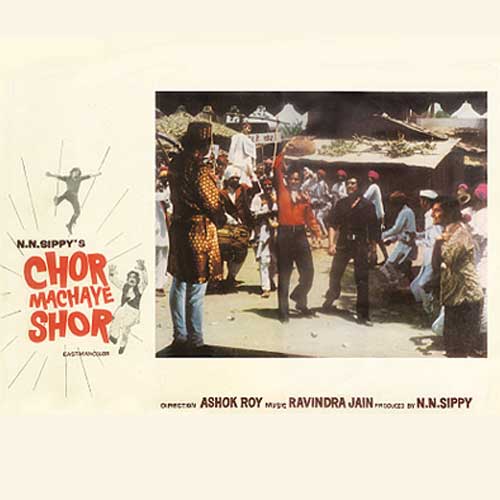 Vijay, an engineer is in love with Rekha, the daughter of a multimillionaire who disapproves. Before Vijay can marry Rekha, he is falsely implicated for a crime and sent to prison. In jail, he become friends with hardened criminal Raju and breaks out with his new friends to find the truth behind his imprisonment. 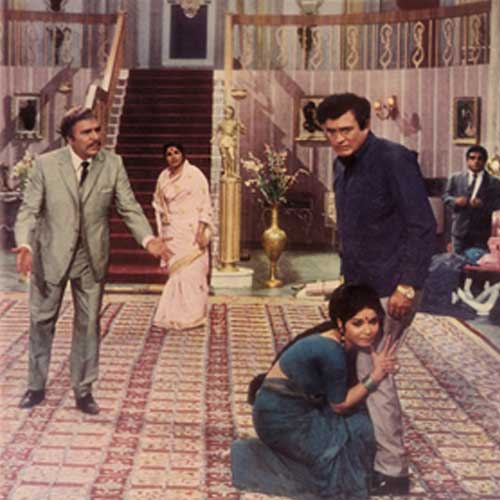 Dharam Singh is a honest farmer living with his sister in rural India. One day, both siblings witness a murder and drag the murderer down to the police station. However, what they do not realize is that the murderer is the brother of the influential Arjun Singh and that their decision to turn him in will change everything. 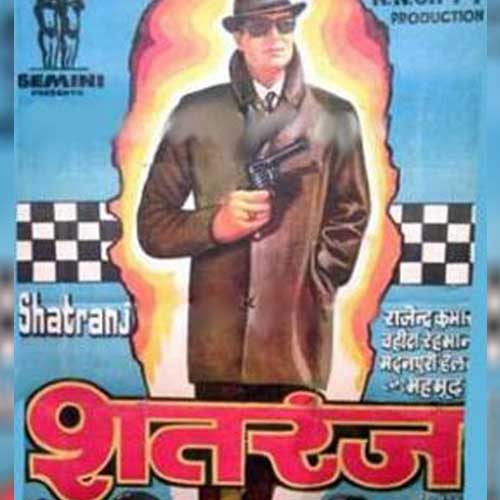 Mrs. Thakur and her daughter relocate to a communist country without informing her husband. The husband hires Jai to discover their whereabouts who then learns the real reason behind their relocation. 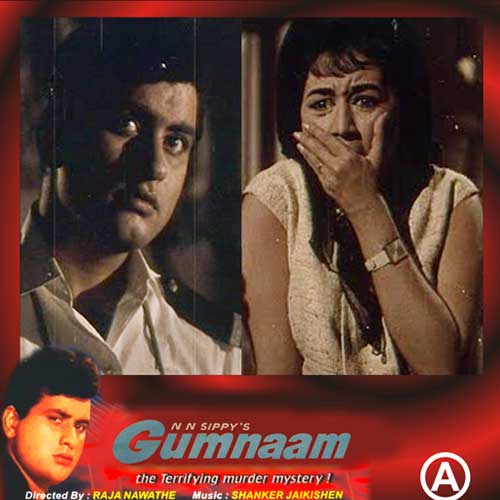 Seven people win a contest and board a plane. They end up stranded on a small island with the co-pilot. In search of shelter, the eight go to a mansion where they meet a butler. Beginning the following morning, members of the group are killed off one after the other. 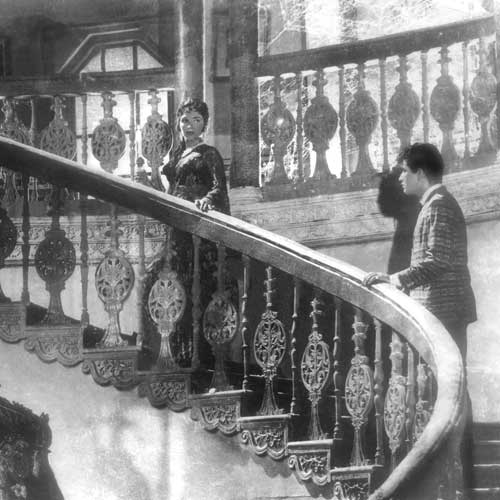 One dark, stormy night Anand, a well-respected doctor, meets a young woman at the side of the road and gives her a ride to a graveyard. There, she disappears, singing a love song. Much later Anand's mother reveals that she has arranged a marriage for him. His bride-to-be? None other than the woman he met on that night. 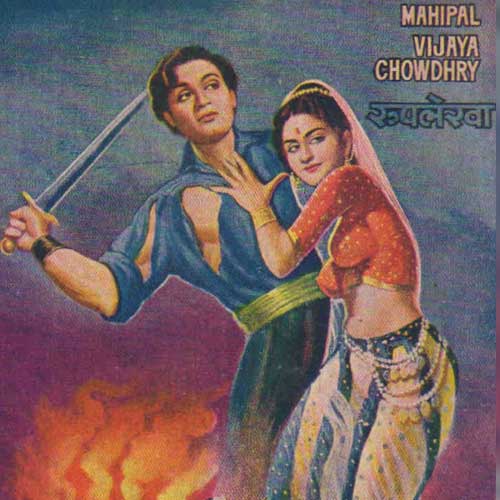 On the recommendation of the court astrologers, infant Princess Rooplekha of Ramnagar is sent away from her parents. Years later, the Prime Minister sends an imposter to the court to usurp the kingdom. Prince Vijay is suspicious of the imposter and ends up aiding the true princess. To reveal the conspiracy, they come to court disguised as dancers.

A tyrannical king begins a reign of terror and opression. When the leader of the resistance movement is captured and killed, his son, Raja, leads a massive rebellion against the king. The king, outraged by the increasing attacks on his military, gives his sister a mission: to hunt down the rebel Raja and bring him back, dead or alive.